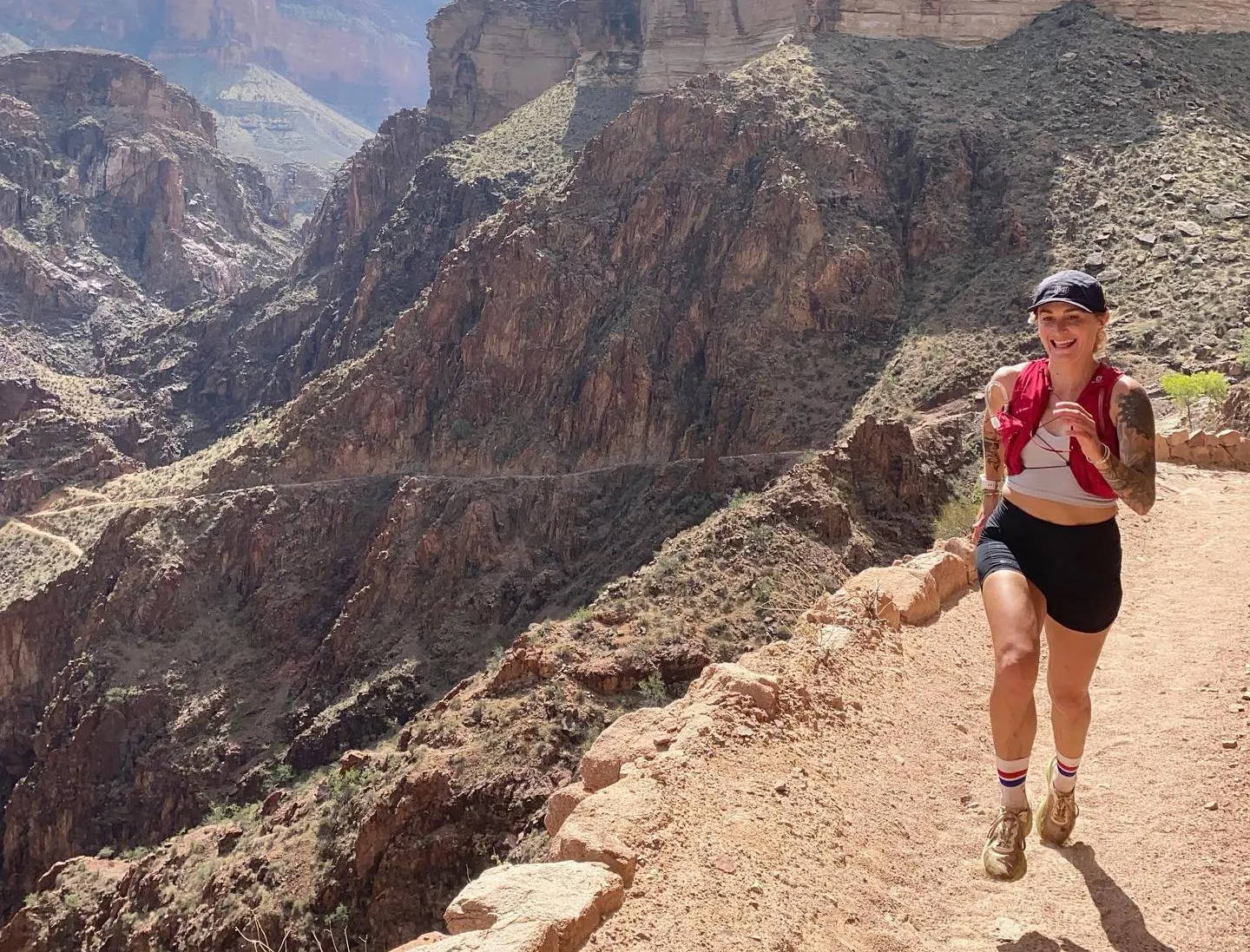 On Sept. 20, 2015, Aroa Sio crossed the finish line of the Trail Montes de Vigo 18K race in Northwestern Spain, put her hands on her shaking thighs, and wondered: “what the hell just happened?” It was her first-ever trail race, she hadn’t run in 28 years, she’d signed up for the tough, technical run kind of by accident (thinking it was like a cross-country event), and she finished first.

Her legs throbbing, the 36-year-old vowed to never do anything like that again. But lying in bed that night, she couldn’t stop thinking of the single track and steep ascents. She stopped running for about six months after that, but this wild idea kept circling her brain: “Maybe I’m good at this. Maybe I can make a life out of this.”

And she did. She joined a running club, signed up for another 21K, eventually quit her job as a special-education teacher, and never looked back. Within five years, she’d gone from an amateur to a sponsored runner to running professionally for Craft Sportswear.

“The only way to find your why is to keep going,” Sio said. “And when you find something you like, keep doing it, not for the goals, but because you love it.”

This week, she’ll be toeing the line at the Western States 100-mile endurance run in northern California after finishing third at the Canyons 100K last April and nagging a coveted golden ticket. It will be the farthest she’s ever run, and she shakes her head when she thinks of her life seven years ago, of the sedentary chain-smoker who could barely run a mile, of the young track athlete who stopped running, then gave birth to her daughter at 21, and didn’t lace up her shoes for nearly 20 years.

It took forever and an instant for her to find this part of herself, but when she did, she knew she not only couldn’t let it go, she had to go all-in. 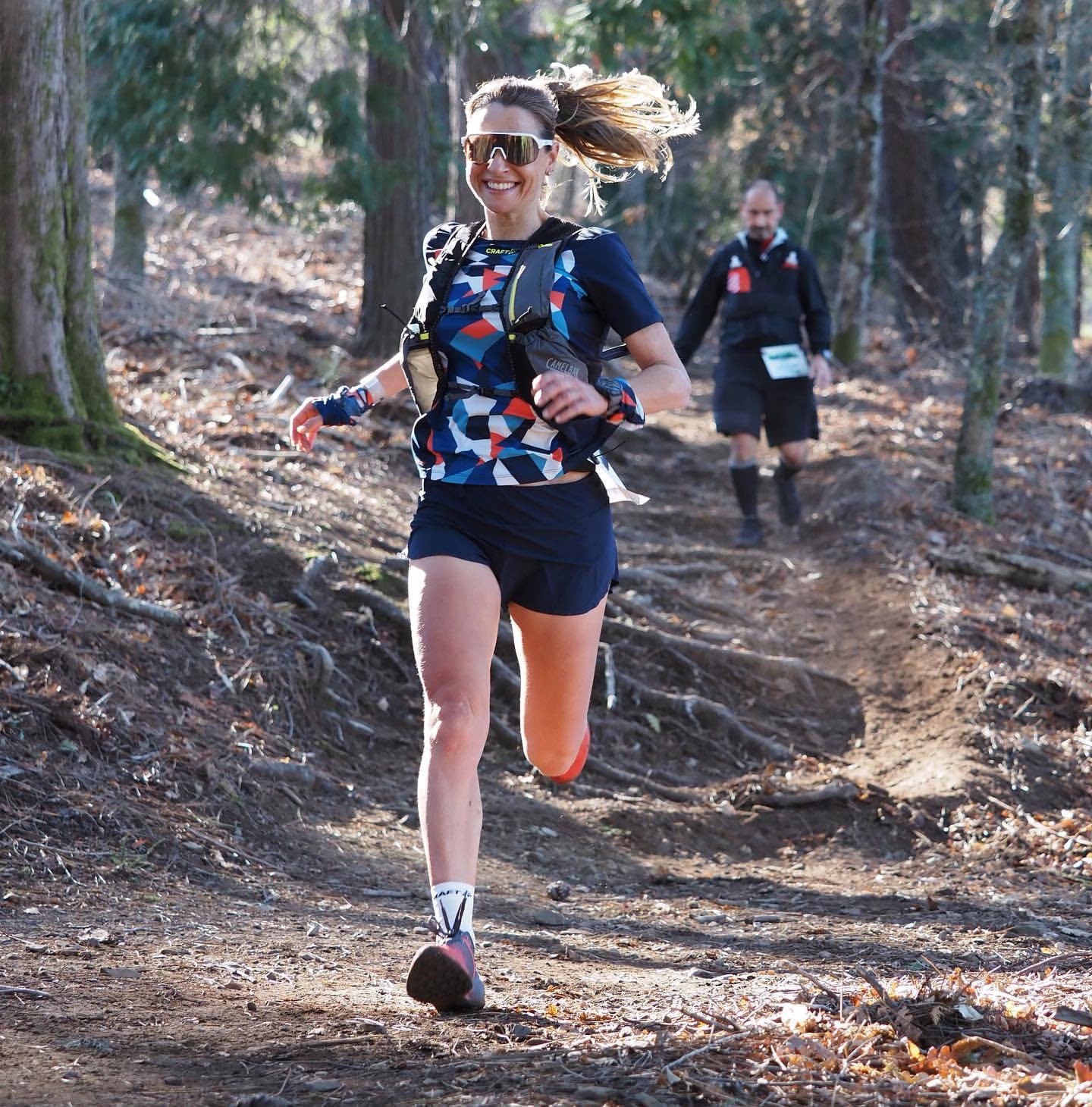 It’s a feeling that Tessa Chesser knows all too well. Like Sio, the 35-year-old former soccer player found running by accident, after a friend suggested they go on a run “for fun,” she recalled, laughing. She liked the feel of it, and after discovering trails while living in California, she decided to try a race. So, naturally, she picked something “really fucking hard,” and when she finished the American River 50-miler, she too vowed never to run like that again. It wasn’t until 2019, when she was dating fellow ultrarunner, Cody Reed, that she began to feel pulled to it again. Being immersed in that world, spending hours outside, hurtling narrowly through nature, something clicked, and she was in. Like Sio, she hired a coach and began to build.

Six months before Sio snagged her Golden ticket in California, Chesser was running hot, dusty loops through Arizona’s Sonoran Desert for the Javelina Jundred, gunning for a podium finish so she’d have a shot at Western States. And after passing the fourth-place woman around mile 80, she poured everything she had into the last lap, and the ticket was hers.

Both athletes seemed to have come out of nowhere, their rises in the ultrarunning world fast and sharp. But they don’t really see it that way. 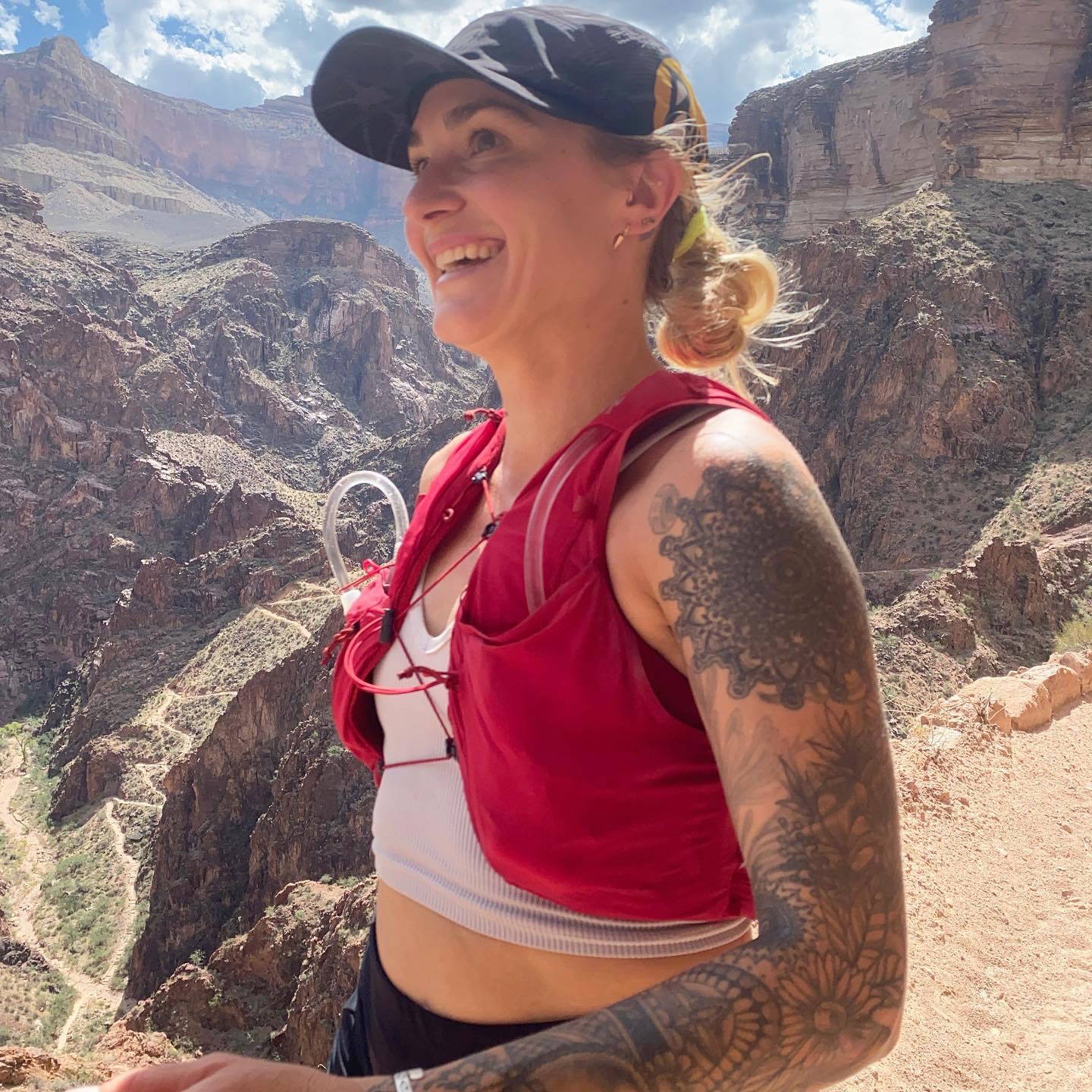 For Chesser, working her ass off and charging at “max capacity” is how she grew up. She’s a lot like her father, who taught her that movement is a gift and has worked out almost every day of his life, even when he had cancer and shattered his ankle. And growing up as an athlete, she never lost that desire to see change within herself and push the boundaries of her body and mind. When she decided to go all-in with running, she wanted to go for goals that felt unattainable because that moment, when they get so close that you can grasp them, that’s magic.

After all, she says, “they say the sky is the limit, and the sky is limitless.”

Earning a spot at one of the toughest and most competitive hundred-mile races in the world is a good example. When Chesser’s friend put the idea in her head in the summer of 2021 to go big at Javelina, which was just a few months away, basically in her backyard, she called her coach. She missed one workout over those 90 days, she said. Mentally, she was in a “really beautiful place.”

“There was no doubt in my mind. All the ingredients were there,” she said. “I just knew it.”

Sio can also thank one of her friends for planting the goal to go after a Golden Ticket at a major ultra. Unlike Chesser, the environment and the course were very different than her backyard, and that’s what made it exciting. Throwing herself into big unknowns is how she started running, and even before that, she was doing hard things at an early age. In high school, she became a champion in the 3,000-meter dash. And then she got pregnant at 17, and her entire world changed. Looking back, she says, she’s realized that the more difficult and muddier a race (and life) becomes, the more she loves it.

“I think that enduring is part of my nature,” she said. 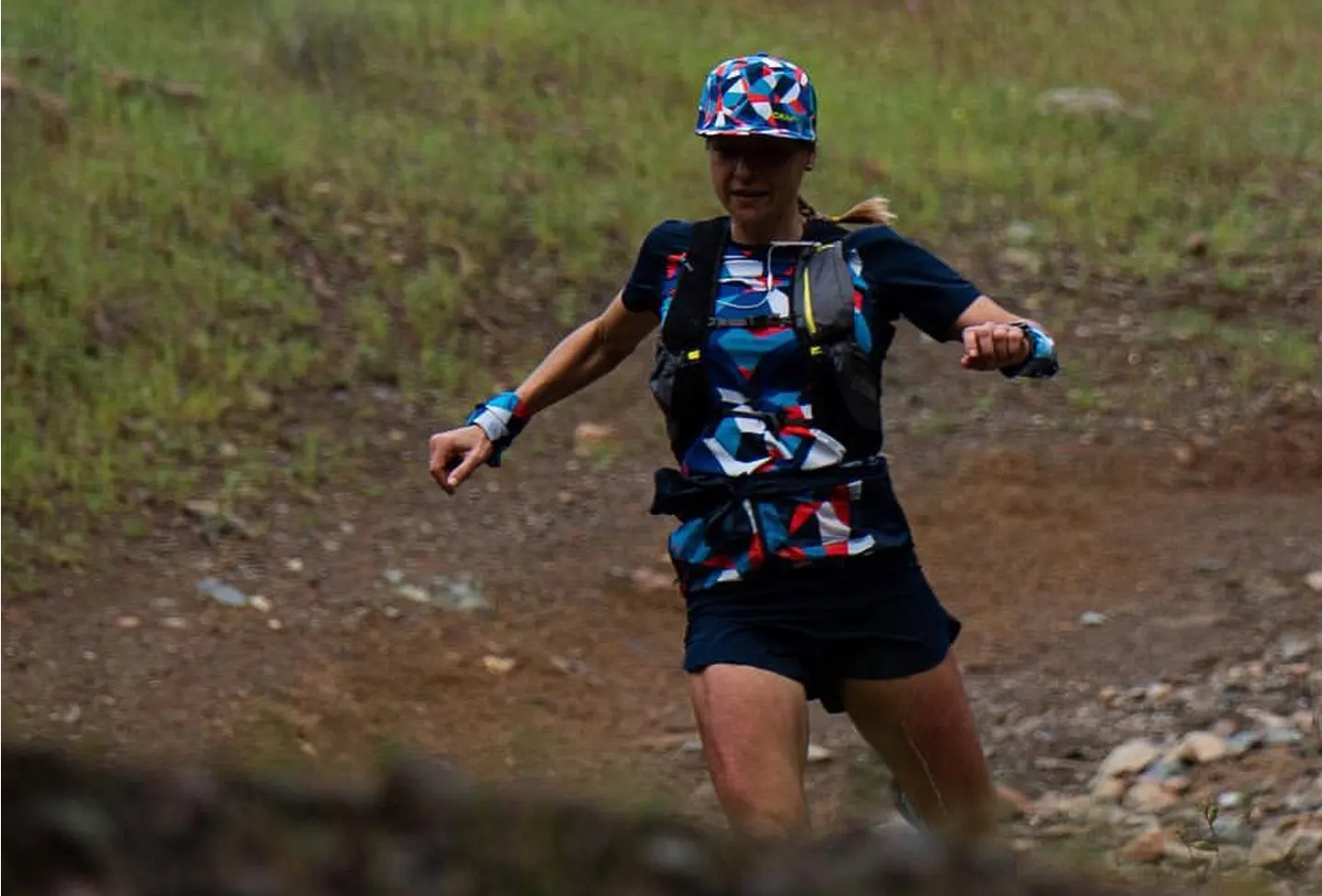 To love the mess and the pain is how she’s approaching running 100 miles for the first time. She doesn’t see herself as a favorite, because of the experienced field she’s going up against. To her, it’s a “victory just to do it.” But she’s also feeling faster and stronger than ever, having swapped her usual long mountain adventures for intervals and fast runs. And at 43, she’s still injury-free, she says, pointing to the power of a woman’s body and what it’s made to endure.

Women, Chesser also believes, are “tough, particularly mentally, and this sport bodes well for that.” She points to her teammates like Emkay Sullivan, who has become one of her good friends and has helped her through setbacks, as inspiration.

Sio’s daughter, Eva, looks at her mom the same way. She’s incredibly proud and likes to share how her friends barely recognize the woman who used to take her to school every morning and now says she’s, “become something like a miracle,” to them.

And while going all-in has brought challenges, injuries, and heartbreak, because when you love something so much it’s bound to hurt, Chesser wouldn’t have it any other way.

“Ever since I was little, I always knew I wanted to set the world on fire,” she said. “And I still strive for that.” 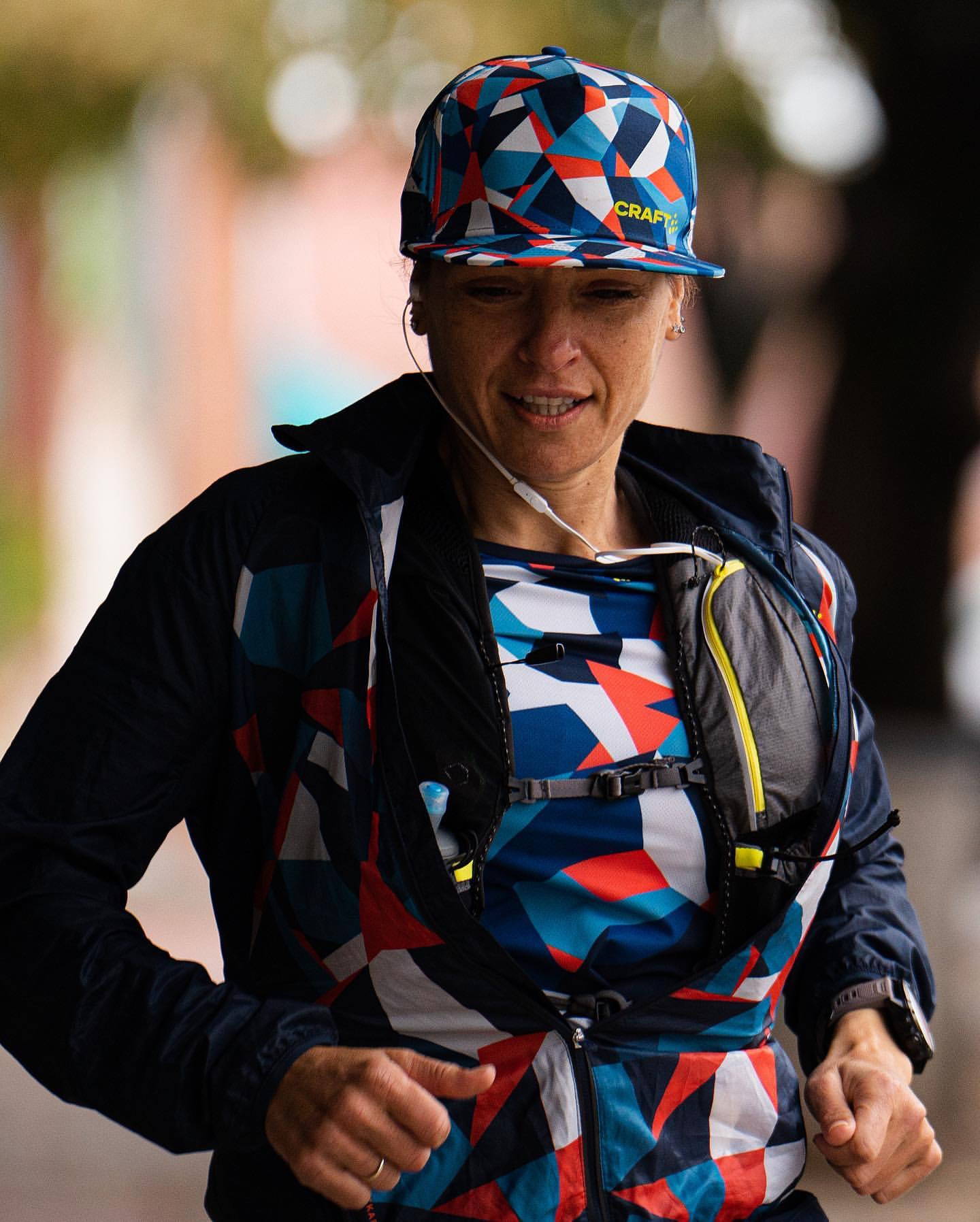 Sorry This Item Is Out of Stock.